It was to address this gap in the provision of music tuition in Galway city that the Salthill/Knocknacarra branch of Comhaltas was formed. Initiated by Anna Cunningham and Maurice McCafferty, the branch began giving weekly music classes in Gaelscoil Mhic Amhlaigh, Cappagh road. Fifty students enrolled for the first term, which was predominantly made up of children but also included adults either returning to music or taking up music for the first time. The first classes provided were in fiddle, box accordion and tin whistle. Renowned musicians Angelina Carberry (tin whistle), Martin Quinn and Marie Walsh (box accordion) were among the first tutors.

Music classes have been run by the branch every year since then, and we now have over 150 members. Tuition has been extended to include mandolin, flute, banjo, concertina and guitar, and from September 2018 we'll be offering tuition in harp and uilleann pipes.

In order to help young students decide which instrument they would like to learn, and to reduce the cost of starting to learn a musicical instrument, we have built up a bank of instruments that are available for rent by students. We currently have concertinas, fiddles, box accordions, banjos, guitars, harps and uilleann pipes available for rent each year. Priority is given to new students, and the instruments are rented out on a first come basis.

We hold a branch concert every March in the Clybaun Hotel, Knocknacarra. All our students take part in the concerts, which, as well as being a lot of fun, are a great way to give our students the confidence to play in public. In order to provide a social aspect to music playing, and to allow the students experience the sound and ‘feel’ of a trad music session, monthly branch sessions are held in The Galway Bay hotel, Salthill. The branch also takes part in Galway city’s annual ‘Culture Night’ event, when we host a session in the Eyre Square Centre, Galway city.

Comhaltas Ceoltóirí Éireann fully recognises its responsibilities for child protection, click here to view our branch's child protection policy. All our tutors and branch volunteers have been vetted by the National vetting bureau, proof is available on request. 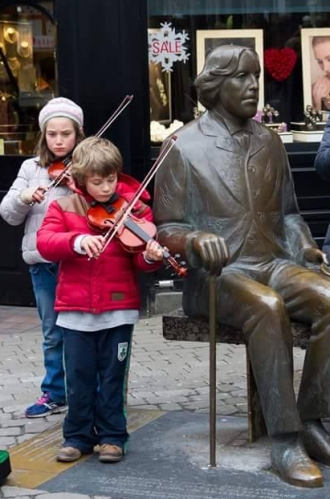 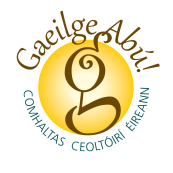